Saturday, November 16, 2013. In observance of National Diabetes Month, The Improving Diabetes Care and Outcomes on the South Side of Chicago hosted its Second Annual Diabetes Cook Off at the Washburne Culinary Institute. The cook off was an opportunity for ordinary cooks to compete and share their best diabetes-friendly, healthy recipes and to demonstrate that healthy, diabetes-friendly food can be delicious, affordable, and enjoyed by the entire family. Recipes in four categories, side dish, entre, dessert, and snack, were judged for a grand prize of $500 cash and many other great prizes! Thank you to all who attended the Cook Off!

These are the experts crowned the winners.

A special thanks to our panel of judges:

“This is a wonderful community event. The South Side Diabetes Project is an important part of our efforts to partner with community organizations to promote diabetes education and encourage healthy lifestyles.”

Sharon O’Keefe is the President of the University of Chicago Medical Center. A Chicago native, she began her health care career as a critical care nurse, and is a nationally recognized authority on hospital operations, health care quality, patient satisfaction and employee engagement. Sharon was named one of Modern Healthcare’s Top 25 Women in Healthcare in the magazine’s prestigious biennial awards.

Chef Brian Alston is returning for his second year as a judge for the Diabetes Cook Off. Brian is a professional chef for Xclusive Catering in Chicago and has over 25 years of cooking experience. He is active with many non-profit organizations throughout the city, performing healthy cooking demos for the American Diabetes Expo and American Heart Association. His reputation has led him to cook for many celebrities, such as Jennifer Hudson, Michael Jordan, and Mayor Rahm Emanuel. 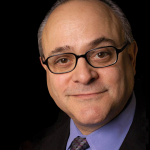 “Coming up with ideas that are tasty and healthy night after night can be difficult, but is necessary. Setting good examples concerning our eating habits is a critical part of ensuring that our children grow up healthy. Numerous studies have shown that parental influence over children’s eating habits outweigh that of their schools and the media.”

Jeffrey M. Leving is a Chicago-based family law attorney, returning for his second year as a judge for the Diabetes Cook Off. He has been named one of America’s Best Lawyers by Forbes Radio and selected by his peers as one of Illinois’ top attorneys. He is the author of three books, Fathers Rights, Divorce Wars, and most recently, How to Be a Good Divorced Dad, a book that has received praise from President Barack Obama. 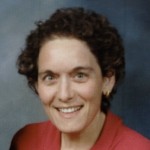 Marla C. Solomon, RD, LDN, CDE is a registered dietitian and certified diabetes educator, returning for her second year as a judge for the Diabetes Cook Off. She is an active volunteer in the diabetes community: lead dietitian for the American Diabetes Association Northern Illinois Pediatric Summer Day Camp, the state legislative chair for the American Association of Diabetes Educators, and founding member of the Illinois Diabetes Policy Coalition.

Joshua Pickens is active community member with the Improving Diabetes Care and Outcomes on the South Side of Chicago Project. Mr. Pickens is a Chicago-Native and helps the project with community events at the KLEO Center and Farmer’s Markets. He was a semifinalist in last year’s Diabetes Cook Off for his healthy dessert, Pick’s Peach Cobbler, and returns this year as a judge.

Matt McGill is one the country’s premier morning-drive personalities and is returning as a judge for the Cook Off. As a host on one of the nation’s only Urban Talk radio stations, McGill offers substantive conversation mixed with his own brand of observational humor, making him a favorite amongst Chicago’s movers and shakers; business and community leader; as well as politicians. The native Chicagoan has been host of WVON’s morning drive show since 2009.

Mona Strahan has been in the field of nutrition for over 25 years. She earned a BS degree in Foods and Nutrition from Western Illinois University. Since graduating she has worked in multiple areas in the field of nutrition, including obesity counseling, diabetes education, and pediatric weight management. She’s currently employed as a Research Specialist/ Interventionist on Breast Cancer Survivor study for African American women at the University of Illinois at Chicago.