S.T.A.R.S. on the South Side of Chicago Recognition Award

S.T.A.R.S, Supporting, Training, And Recognizing Success, are Community Members, Empowered Patients, and Patient Advocates that we spotlight quarterly for outstanding commitment to the South Side Diabetes Project. The S.T.A.R.S. are bright examples of the ways we can empower and improve our communities.

Our Star for Summer 2014 is
Joshua Pickens 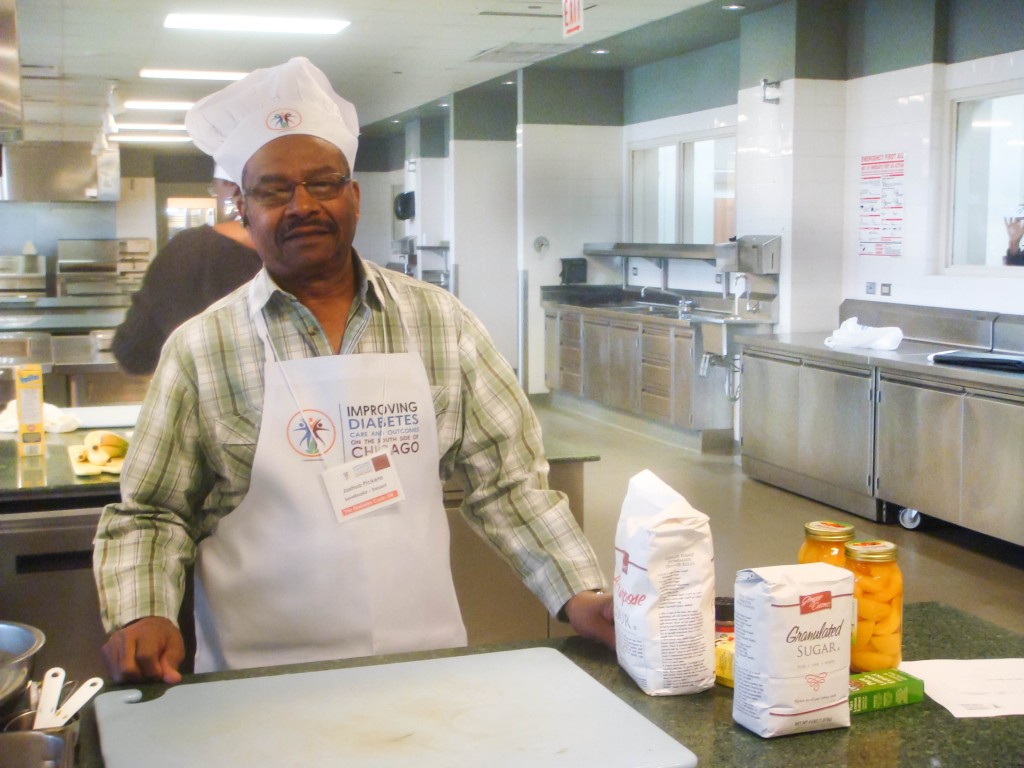 Joshua Pickensÿis an Empowered Patient on the South Side of Chicago and the project?s Star for Summer 2014. Mr. Pickens is a graduate of the Diabetes Empowerment Program, a trained peer-to-peer nutritional tour guide, and a dedicated supporter of the South Side Diabetes Project!

Mr. Pickens learned about the Diabetes Empowerment Program in 2012 from the Chicago Family Health Center and immediately decided to join. After completing the Diabetes Empowerment Program, Mr. Pickens was eager to remain involved with the project. Yolanda O?Neal, our Class Coordinator, describes Mr. Pickens as an ?ambassador? for the project because he supports so many aspects of it. His diabetes-friendly recipe for peach cobbler won an award at our Diabetes Cook Off, and he has appeared on many South Side Diabetes broadcasts and conference programs to speak about his experiences with diabetes management and the South Side Diabetes project.

Mr. Pickens has shared the lessons he learned from the Empowerment Classes with his family, friends, and community. He enjoys working in the community and says if he touches even one person he feels accomplished. There is no doubt that Mr. Pickens?s passion for improving diabetes care has rippled throughout the South Side Community.

Thank you, Mr. Pickens, for being such a dependable and positive member on our team, we look forward to seeing you at the 61st Farmers Market and Save-A-Lot Grocery Stores this summer! Congratulations for being one of the S.T.A.R.S on the South Side of Chicago.

For a full interview, continue reading below: